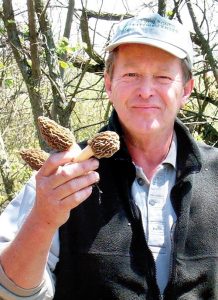 Larry Rumley, 74, of Dryden, MI died peacefully Wednesday, May 27, 2020 at his home while surrounded by his loving family. Larry Anthony Rumley was born October 7, 1945 in Chicago, IL. He was the son of the late Clemens Robert and the late Marie (Vinson) Rumley. Larry grew up in Utica, MI. Larry was a graduate of Utica High School, Class of 1964. He proudly served in the United States Navy from 1963-1964. He completed the electrician’s apprenticeship program at Macomb Community College. Larry married Bonnie Jean Reese on October 29, 1966 in Warren, MI. They have lived in Dryden area since 1971.

He was employed as a journeyman electrician for 30 years for Ford Motor Company – Sterling Axle Plant in Sterling Heights, MI, before retiring in 1996.

He had many hobbies that included gardening and bird watching. But his favorite thing to do was to hunt for agates on the shores of Lake Superior with his friend.

He was preceded in death by his parents, Clemens Robert and Marie Rumley; and his brother, Tom Rumley.

Cremation has taken place. A memorial service is being held at 4 p.m., Friday, June 26, 2020 at Dryden Memorial Park by the Polly Ann Trail. Those wishing to make
memorial contributions may direct them to Friends of the Polly Ann Trail, 208 E. Third Street, Imlay City, MI 48444.

Please be sure to sign the online register at muirbrothersfh.com to share condolences and memories with the Rumley family.