City leader announces plan to step down on June 30th

IMLAY CITY — City Manager Tom Youatt has announced that he is resigning his position, effective June 30. 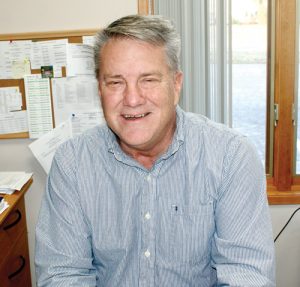 Youatt said he advised Imlay City commissioners of his decision on Friday, May 15, via email and telephone communications.

His career in public service began when he served as Director of the Sanilac County Parks Commission from 1984-1987.

Before coming to Imlay City, Youatt served as West Branch’s City Manager from 2008-2014.

Youatt said he is looking forward to being able to spend more time with his family.

“It’s just the right time for me,” said Youatt. “I’ve been doing this for a long time, and the job had become very stressful.”

During his six-year tenure as Imlay City manager, Youatt’s focus had been on making citywide infrastructure improvements, including along the M-53 corridor.

It was also during his tenure that city residents approved a pair of millages to fund needed street and sidewalk upgrades and to construct the new fire hall on East Borland Road.

“Tom has set the bar very high for us,” said veteran Commissioner Al Ramirez. “He’s done a great job for the city and helped us accomplish a lot.

“It could be hard to find someone of Tom’s experience, knowledge and commitment to the city,” he said. “He’s going to be tough to replace.”

Mayor Joi Kempf agreed that Youatt has served the city well over the span of the past six years.

“I think the city has benefitted tremendously from Tom’s management and leadership,” Kempf said. “He’s brought a lot of momentum and energy to the job.

“We want to keep that momentum going and to carry on his good work moving forward,” she said. “We’re grateful to Tom for his contributions, and we will miss him.”

Kempf said the search for Youatt’s successor will begin immediately and with some expediency.

“The position will be posted on the Michigan Municipal League’s website and other sites,” she said. “We intend to post the opening right away.”