Seeding changes in store for sports

EAST LANSING — The addition of seeding at the regional level in ice hockey and adjustment to providing byes for top-seeded teams in basketball and soccer were among the most notable actions taken by the Representative Council of the Michigan High School Athletic Association during its annual Spring Meeting on May 4.

The Spring Meeting of the 19-member legislative body of the Association’s more than 1,500 member schools is generally the busiest of its three sessions each year. The council considered 32 committee proposals and dealt with a variety of eligibility rules, postseason tournament and operational issues. As with the Council’s Winter Meeting in March, the Spring Meeting was conducted remotely to keep with social distancing required by the COVID-19 pandemic.

Beginning with the 2020-21 school year, ice hockey will employ a seeding process to place the top two teams in every regional on opposite sides of the bracket, guaranteeing those two teams could not play each other before the regional championship game. The two teams are to be seeded in each regional using the Michigan Power Rating computer formula based on regular season results against other MHSAA Tournament-eligible teams and opponents strength of schedule, the same system used in basketball and soccer and as one of multiple methods to seed in boys’ lacrosse. 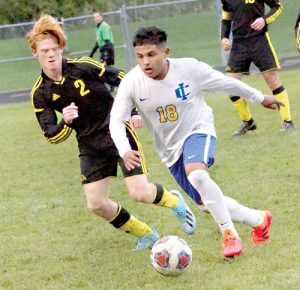 The MHSAA will draw all ice hockey brackets 15 days before the start of regional play. The addition of hockey seeding was proposed by the MHSAA hockey committee.

The Council also adopted a change to take affect for hockey, basketball and soccer to provide any existing byes to the #1 and then #2, in that order, if multiple byes are part of a bracket. The draw process then will continue to place the remaining teams on the bracket based on a randomly-selected order determined earlier in the season.

Similar rule changes in football and basketball approved by the Council and recommended by the MHSAA committee for those respective sports aim to create more opportunities, especially to field teams at multiple levels. In football, while an athlete may still only play four quarters in one day, that athlete may play in up to five quarters per week. In basketball, an athlete may compete in up to five quarters per day, during more than three dates per week and 20 dates per team or individual. Both changes will allow athletes to contribute to varsity and subvarsity teams simultaneously, potentially bolstering numbers and opportunities to retain those squads.