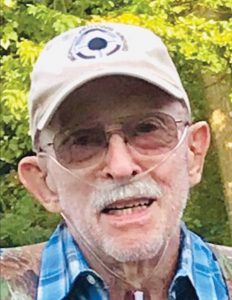 Rodney Paul Charbeneau, age 88, of Imlay City, MI passed away on May 11, 2020. He was surrounded by his loving family at his son’s home when he returned to the Lord. Rodney was born January 21, 1932 to the late Amiel and the late Viola (Jones) Charbeneau. He grew up in Mt. Clemens with five siblings and attended St. Mary’s Catholic school. He and his wife Diane (Koltys) began a family and they moved to Imlay City in 1966. He was a self-employed milk hauler and large truck mechanic, and he and brother Garth owned a farm equipment store and ice cream parlor. He later moved to Texas and married Beth Ann Draper, where he remained until returning to Imlay City in 2017. Rodney held many charitable causes close to his heart: St. Jude’s and several veteran’s organizations, to name a few.

The family would like to thank the compassionate caregivers from Hospice, especially in his final days.

Please be sure to sign the online register at muirbrothersfh.com to share condolences and memories with the Charbeneau family.