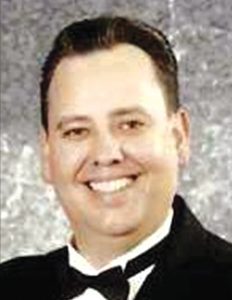 Robert Pemberton, 58, of Imlay City, MI died Tuesday, May 12, 2020 at McLaren Lapeer Region Hospital of Lapeer, MI. Robert James Pemberton was born January 19, 1962 in San Diego, CA. He was the son of the late William and the late Elvinia (Garduno) Pemberton. Robert grew up in Warren, MI. He was a graduate of East Detroit High School, Class of 1980. Robert earned his Associate’s degree from Denver Automotive College. He married Janalyn Elliott on September 5, 1998 in Imlay City, MI. They have lived in Imlay City, MI since 1998.

He was employed as a Quality Control Mechanic for Chrysler Motor Company for 25 years. Previous to that, Robert worked as a contractor for Ford Motor Company.

Robert was a member of Imlay City United Methodist Church and Lapeer Sportsman Club.
He loved sports cars and driving them fast. Robert enjoyed shooting and trailer camping to the Great Lakes, especially to Port Crescent.

A Celebration of Life is being planned for a later date.

Arrangements have been entrusted to Muir Brothers Funeral Home of Imlay City.

Please be sure to sign the online register at muirbrothersfh.com to share condolences and memories with the Pemberton family.