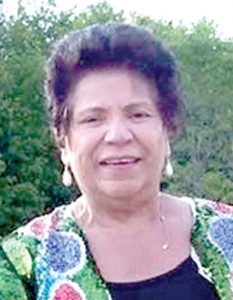 Modesta Rodriguez, 84, recently of Cass City, MI died Friday, May 15, 2020 at Medilodge of Cass City. Modesta Nunez Rendon was born March 28, 1936 in Waco, TX. She was the daughter of the late Pedro and the late Reyes (Nunez) Rendon. Molly grew up in the Capac area and was a graduate of Capac High School, Class of 1954. She married Emiteris “Emmett” Rodriguez on October 11, 1975 in Imlay City, MI. She was preceded in death by Emmett on June 9, 2011. Molly was a very talented musician; singing, playing guitar, accordion, and piano/keyboards. She played at several local churches. She one time played an introduction for the Mayor of Pontiac. She was always a member of Sacred Heart and St. Nicholas Catholic Churches. Molly worked at Lindy’s Pre-Packed Carrots and Vlasics Foods in Imlay City.

Please be sure to sign the online register book at muirborthersfh.com to share memories and condolences with the Rodriguez family.