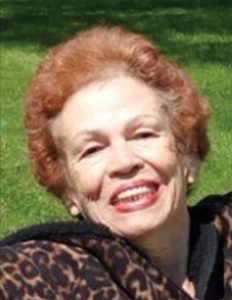 Irma Herrera, 81, of Imlay City, MI died Saturday, May 16, 2020 at Lapeer County Medical Care Facility (Suncrest). Irma Nieves was born December 19, 1938 in San Juan, Puerto Rico. She was the daughter of the late Isaac N. and the late Clotilde Diaz (Montalvo) Nieves. Irma grew up in Puerto Rico. She was a graduate of a Puerto Rican High School. Irma married John Herrera on September 25, 1960 in San Juan, Puerto Rico. John died on January 14, 2016. She and John had lived in the Imlay City area since 1977. Irma worked for Hammill Mfg. for a few years, but mostly she was a homemaker raising her family. She and John went on several mission trips to Mexico, Dominican Republic and Nicaragua.

Irma was preceded in death by her husband, John Herrera; her parents, Isaac and Clotilde Nieves; a sister, Lydia Nieves; and a brother, Raul Nieves.

Please be sure to sign the online register book at muirbrothersfh.com to share memories and condolences with the Herrera family.