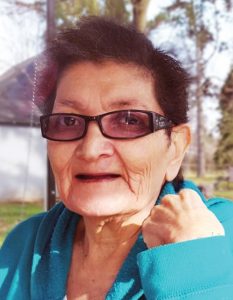 Esther Ramirez, 70, of Imlay City, MI died Thursday, May 14, 2020 at home. Esther Contreras was born August 20, 1949 in Sandusky, OH. She was the daughter of the late Lino C. and the late Juana (Granado) Contreras. She married Ernesto Juan Ramirez in 1969 in Imlay City, MI. Esther worked for local farmers, local factories and was a housekeeper and did laundry for a local motel.

Please be sure to sign the online register book at muirbrothersfh.com to share memories and condolences with the Ramirez family.