ALMONT — The 38th Annual East-West All-Star Football game which was slated for June at Saginaw Valley State University has been called off, but a list of the players who would have competed has now been released.

That list includes Almont’s Jacob Hausmann, who appears on the roster of the East All-Stars at a linebacker position.

Hausmann, who originally signed with Michigan Tech but has since decided he will attempt to make Michigan’s roster as a walk-on prospect, is coming off an impressive 2019 campaign which saw him amass 27 solo and 78 assisted tackles. 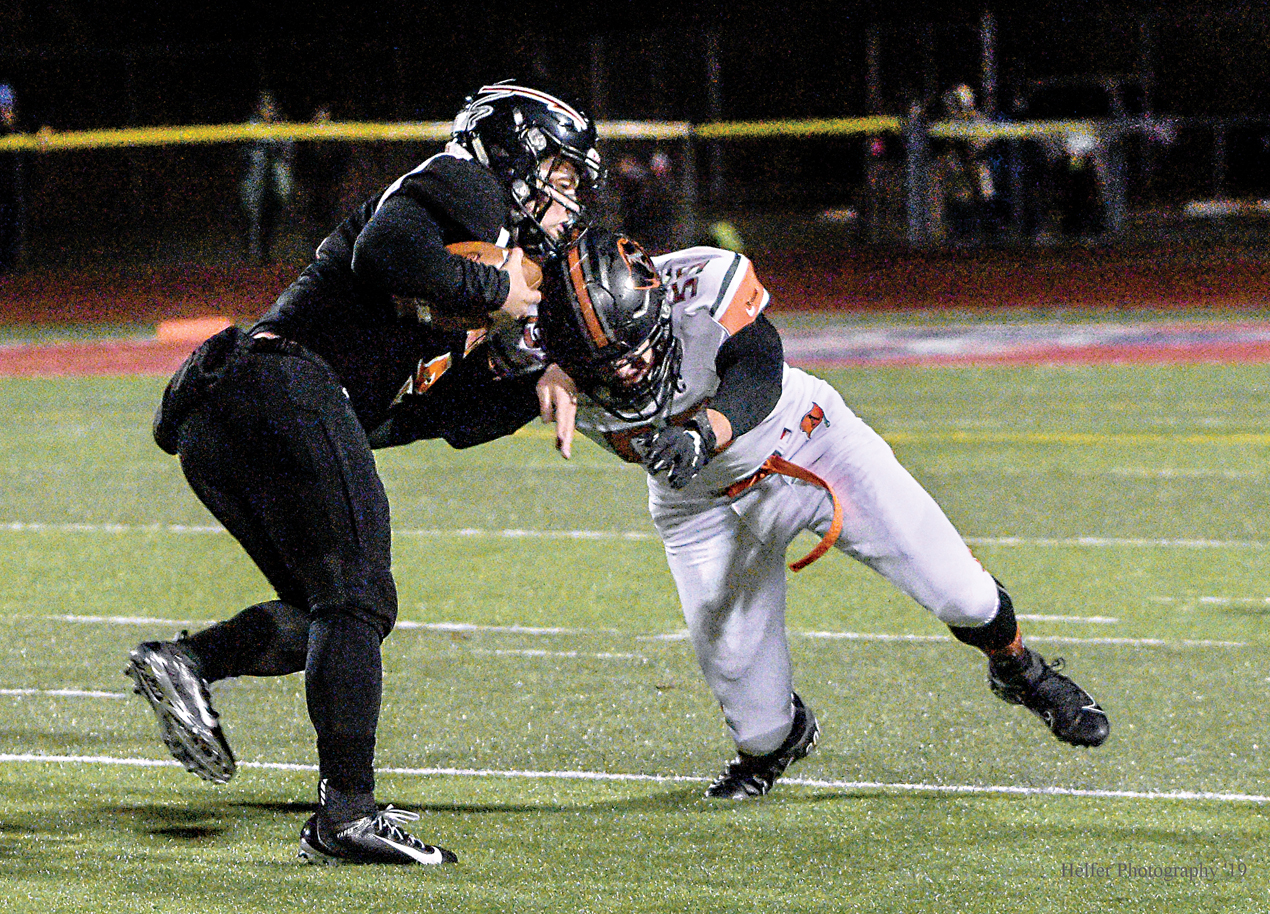 Almont’s Jacob Hausmann moves in to make the stop in a Division 5 playoff game with Marine City this past season. Photo by Helfer Photography

The 6-1 and 225-pound senior also contributed two interceptions to Almont’s cause.

In addition to that, Hausmann was named his conference’s MVP on defense.

“He was a four-year starter for us on defense,” Almont Coach James Leusby said. “Jacob has the constant desire to improve and get stronger,” he noted.

“He is an impressive young man who has devoted much time to our program and to our youth program. We can’t thank him enough for that.”

Hausmann also excelled on the offensive side of the football for Almont. There he made a name for himself at a guard position.

It was there his play proved instrumental to Almont’s success, allowing the Raiders’ running game to generate 266.8 yards per contest and passing attack to amass 1,376 yards.

“He was a three-year starter on offense,” Almont Coach James Leusby said. “Jacob probably has the highest football IQ of anyone I have ever coached,” he noted.

“Jacob was a member of our leadership team and was voted as by his teammates as our team captain this past season. He has skills and drive to play at the next level.

He wrapped up his fourth and final campaign as a Tri-City Times All-Area first team choice.