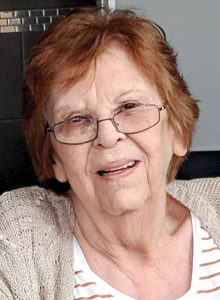 Blanche Ratliff, 78, of Shelby Township, MI died Tuesday, May 5, 2020 at her home surrounded by her family. Bianca Blanche Bafile was born March 26, 1942 in Detroit, MI. She was the daughter of the late Richard and the late Yolanda (Fervia) Bafile. Blanche grew up in Eastpointe (formerly East Detroit), MI. She was a graduate of East Detroit High School, Class of 1960. She married Timothy J. Ratliff on July 21, 1984 in Hadley, MI. Blanche lived in Imlay City from 1982 until 2010. She was preceded in death by her husband, T.J., in 2005.

She was a caregiver for her son Joe. Blanche, T.J., and Joe owned and operated Joe’s Record & Tape Store in Imlay City. She was a legal secretary for a period of time.

She was preceded in death by her husband, T.J. Ratliff.

A graveside service was held Saturday, May 9, 2020 at Imlay Township Cemetery.

Arrangements were made by Muir Brothers Funeral Home of Imlay City, MI.