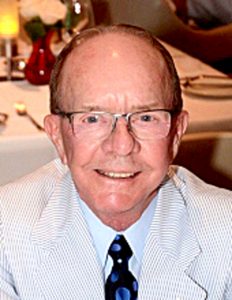 TRI-CITY AREA — Local residents are mourning the loss of Richard “Dick” Lee Kaatz, who died on Tuesday, May 5 at the age of 82.

Kaatz, the owner of funeral homes in Capac, Yale, Acoca and Richmond, was a resident of Elk Township.

He purchased the former Peters Funeral Home in Yale, in August 1960, where he began working in 1953.

In 2001, he built a new funeral home in Richmond which opened in autumn of that year.

In 2017, he purchased the former William R. Hamilton Co. Funeral Home in Mount Clemens, which officially opened in 2019.

A longtime member of the Michigan Funeral Directors Association; this year marked Kaatz’s 60th as a licensed funeral director.

He was a member of the Thumb Funeral Directors Association and Charter Member of Michigan Embalmers Society.

Kaatz was among the founders of the Yale Senior Center and acquired the Mitchell building for that purpose.

He was also a founding member of the Yale Lions Club and member of the Brockway Masonic Lodge #316 F. & A.M., where he served as secretary for several years; and was active in establishing the Yale Chamber of Commerce. Family and friends said Dick was widely known for his sense of humor and his “never-ending” jokes.

“He loved to work, golf, build and landscape with exquisite detail. Most of all, he loved his family.”

Kaatz’s family honors will honor his memory with visitation and sharing of memories on Friday, May 8, from 10 a.m.-noon at Kaatz Funeral Directors in Yale.

Due to COVID-related restrictions, only 10 individuals will be allowed in at a time to share their condolences. The family will have private funeral services in the funeral home to follow.