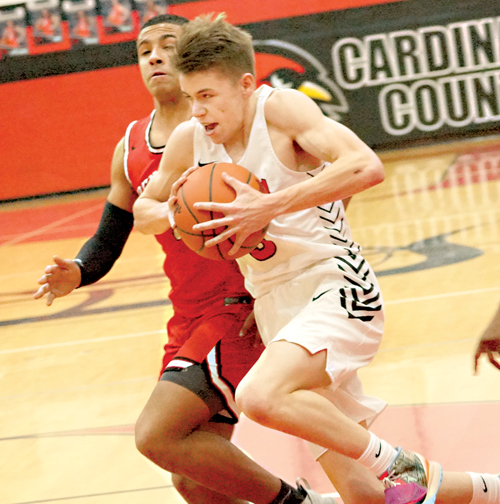 Jack Kaplan, of Dryden, drives past a court counterpart during a non-league basketball encounter this past winter.

That left Kaplan first on the Dryden squad and among those players who attained Tri-City Times All-Area first team status.

It was his third year on Dryden’s varsity.

Kaplan is joined on the squad by: