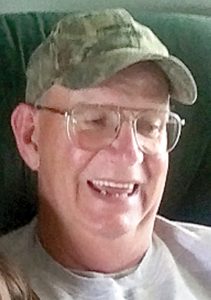 John is survived by his wife, Cathy (née Hamilton); his daughters and sons-in-law, Stephanie and Bryant Sholes, and Caitlyn and David Hoolsema; and two granddaughters, Arabella and Peyton Sholes.

He is preceded in death by his mother, Orpha (née Dankert); his father, Raymond; and his sister, Marie.

John was a self-employed carpenter for over 45 years. He enjoyed the later years of his life working at St. Clair County Parks as a Ranger and spending time with his granddaughters. John will be greatly missed by his family and friends.

For information and Guest Book kaatzfunerals.com