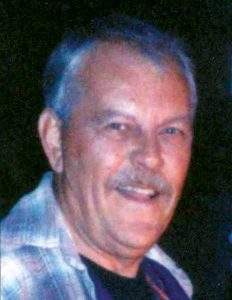 Gary Timmer, 73, of Imlay City, MI passed away peacefully Saturday, May 2, 2020 at his home. Gary Lee Timmer was born December 2, 1946 in Almont, MI. He was the son of the late Abraham and the late Jane (Jager) Timmer. Gary grew up on the family farm near Imlay City. He was a graduate of the Imlay City High School Class of 1965 and then attended the Police Academy. Gary started his career in Law Enforcement as a Police Officer for Imlay City Police Department. After a couple of years, he moved on to work as a Deputy Sheriff for the Lapeer County Sheriff’s Department. Gary was a road patrol officer for the 28 years that he was with the Sheriff’s Department.

Gary has been married to Amy Hayward for 23 years. Gary enjoyed being outdoors; he loved fishing, gardening, landscaping and building birdhouses. He also loved being in the Upper Peninsula for hunting season with his friends. Gary found much enjoyment in having many fish tanks over the years and recently found time to enjoy building model train sets.

Gary was preceded in death by his parents, Abe and Jane Timmer; a daughter-in-law, Julie Timmer; a granddaughter, Kara Timmer; and his mother-in-law, Linda Hayward.

Gary will be cremated and his cremated remains buried at the Webster Cemetery later this spring.

Please be sure to sign the online register book at muirbrothersfh.com to share your memories and condolences with the Timmer family.