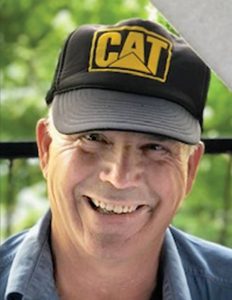 Fred Phillips, 67, of Imlay City, MI died suddenly at his home Monday, April 27, 2020. Frederick Phillips, III was born February 27, 1953 in Pontiac, MI. He was the son of the late Frederick Phillips Jr. and the late Lula Elvina (Moshier) Phillips. Fred grew up in Utica, MI. He was a graduate of Imlay City High School, Class of 1972. After high school, Fred moved to Fostoria, MI. He moved back to Imlay City, MI 20 years ago and has lived there since. He was a self-employed stone mason. Fred owned and operated Boulders Galore. He enjoyed cutting and collecting special stones and rocks.

He was preceded in death by his parents, Fred and Lula Phillips.

Cremation has taken place. A memorial is being planned for later in the summer.

Please be sure to sign the online register at muirbrothersfh.com to share memories and condolences with the Phillips family.