Joe Harper will wrestle for Tiffin

Tiffin is a Division 2 school that competes in the Great Midwest Athletic Conference.

As mentioned before, Harper had no shortage of schools interested in him competing for their program. However, after visiting Tiffin back in October it became obvious that is the school he wanted to attend. 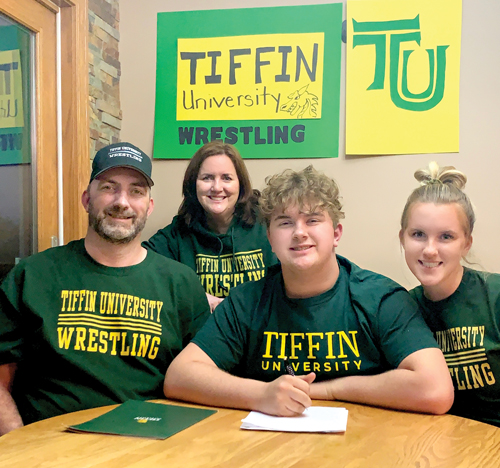 Joe Harper signs his letter of intent with Tiffin as dad Jason, mom Lisa and sister Alison look on.

Tiffin has a strong wrestling program. They finished the year ranked ninth in the nation for Division 2 squads.

Their head coach, Joey Simcoe, was named the Super Region 3 Coach of the Year and the team had five of their grapplers earn individual All-America accolades.

Harper brings plenty of talent to their program, having gone 49-2 with 35 pins during the 2019-20 campaign.

This was his fourth year on Imlay City’s squad.

He wraps up his high school career with a 153-25 mark, including 103 triumphs via the pinfall route.