Bourdeau to take skills to Alma 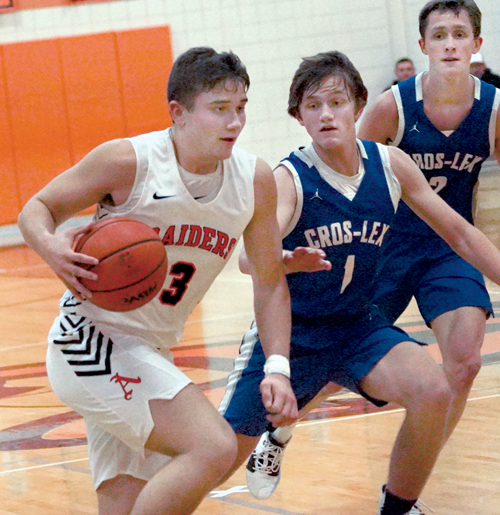 Almont’s Gabe Bourdeau brings the ball up the floor in a BWAC game versus Cros-Lex this past winter.

Bourdeau gained their interest by putting together a solid senior campaign. It was there he collected 243 points in 20 games, an average of 12.2 per contest.

That ranked him first on the Almont squad.

It was his third season on Almont’s varsity.

He also received the Outstanding Student Athlete Award from the Basketball Coaches Association of Michigan.