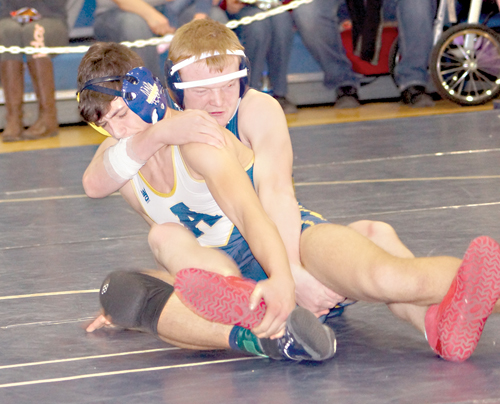 Capac’s Hunter Tyson grabs ahold of a mat foe during a high school match this past season.

The event was contested on Sunday, March 1.

He then pinned Standish’s Tyler Majdecki with 2:25 gone and pinned Greenville’s Isaac Dailey with 3:30 elapsed, landing an appearance in the title match.

It was there he squared off versus New Boston’s Peyton Culpepper. Their mat confrontation drew to a close with Tyson up by an 8-7 count.