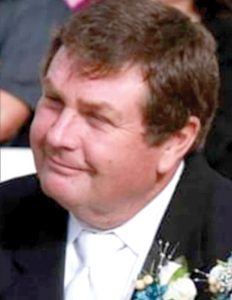 Steve Kingsbury, age 63, of Attica, MI died suddenly Thursday, April 16, 2020 working at the family farm. Harold Steven Kingsbury was born May 2, 1956. He was the son of the late Harold Martin and the late Reathel (Haskill) Kingsbury. Steve lived his entire life in the Attica area. He was a graduate of Imlay City High School, Class of 1974. He married Kim Robyn Laarman on January 2, 1981 in Imlay City, MI.

He had been a self-employed cattle and crop farmer all his life. Steve was a devoted grandfather. He enjoyed gardening and tinkering with his tractors. Steve and Kim have attended Gateway Assembly in Imlay City, MI.

Funeral arrangements were entrusted to Muir Brothers Funeral Home of Imlay City. Please be sure to sign the online register at muirbrothersfh.com to share condolences and memories with the Kingsbury family.