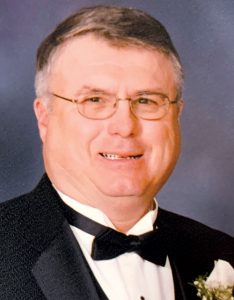 Donald “Don” Harnden, 70, of Yale, MI, passed away peacefully on April 13, 2020, after a long battle with ALS. Donald Kenneth Harnden was born in Port Huron, MI, July 13, 1949, son of Kenneth V. and Aleatha “Jean” (Beers) Harnden. He was married to Deborah Ann Jurn on July 18, 1970 in Capac, MI. Don and Debbie were longtime residents of Yale. He was a graduate of Yale High School, Class of 1968. Don was a Vietnam Veteran serving in the United States Army for 2 years. He was employed by General Motors Truck & Bus Assembly in Flint for 32 years and retired in 2000. Don enjoyed the outdoor life of hunting, fishing, time spent at deer camp, partridge camps, and especially cooking at camp. He also enjoyed baseball: playing, coaching, and umpiring. Don was actively involved with the Yale Sports Boosters, 4-H fair, and hunter’s safety. Most importantly, he enjoyed his family, his grandchildren’s activities and sports, and the simple things of life. He was always there and never took these opportunities for granted.

He was preceded in death by his parents, Kenneth V. and Aleatha “Jean” (Beers) Harnden, his in-laws Gordon and Mabel Jurn, Cathy Harnden and Barb Jurn.

A private visitation will take place for immediate family at Muir Brothers Funeral Home of Imlay City followed by a private burial at Great Lakes National Cemetery in Holly, MI.

A separate memorial and honorary burial will be planned for a later date for extended family and friends.

In lieu of flowers, those wishing to make memorial contributions may direct them to the Harnden Family for future distribution to favorite organizations.