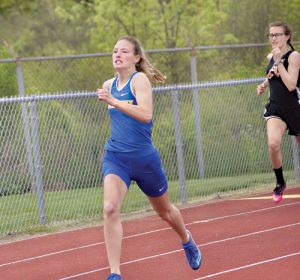 The standouts, competing for Michigan Racers, teamed up with Mackenzie Sullivan and Kaia Scheffler to rank 13th among 800 relay entrants. They required 1:47.18 to cover the territory. 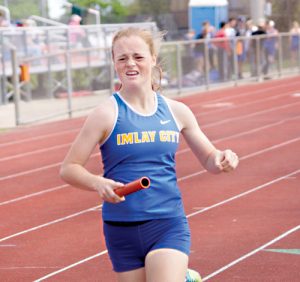 Imlay City’s Jessica Denver picks up the pace while competing in a relay race last year.

Track Life’s Olivia Jenkins, Imani Jackson, Brooke Gray and Leeah Burr earned the distinction of race pacesetters that day. They stopped the watch 1:39.82 after the race got underway.
Winget added a 17th-place showing pitted against 400-meter dash counterparts. She was timed in 1:02.27.