TRI-CITY AREA — The COVID-19 virus has claimed the life of a 24-year-old Fraser man with local connections.

Ben Hirschmann, nephew of Diane Grapentin of Imlay City and the grandson of Pat Creger, former owner of Almont’s R&R Sporting Goods, died at home on March 31, having never had the opportunity to receive in-person medical care.

Ben’s sudden passing has made headlines in Detroit-area media since his mother, Denise Hirschmann, called out what she described as a “failed” health care system for not providing her son the urgent care he needed.

Family members said Ben died of acute pneumonia; a condition that would have been discovered had he been afforded proper care.

In a letter to the media dated April 2, Denise Hirschmann reported that prior to his death, her son had self-reported his symptoms (fever, cough, weakness and lack of appetite) to his own doctor during a pair of video chats.

Based on the initial virtual interview, the doctor believed that Ben had a cold and prescribed cough medicine, but that no further testing was necessary.

“Days passed,” Denise said in the letter. “We self-quarantined and I sanitized and watched over my son and he did not get better. 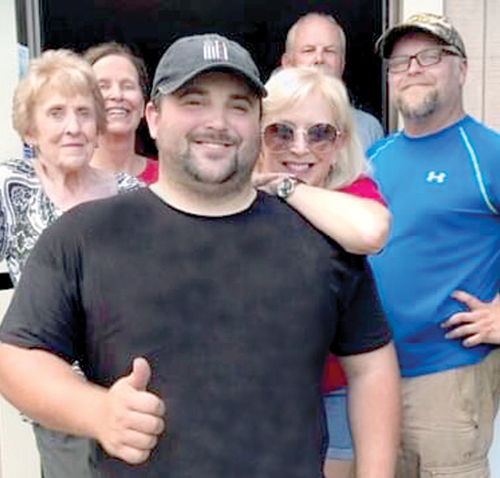 “We contacted the doctor again and another virtual appointment was held,” she said. “The doctor told him he looked and sounded better. She did not order to have any further tests done or to see him in person or prescribe any other medication.

“She was sure it was a cold and not the virus,” Denise continued. “She told him he would be fine and would not have him tested. The next morning he died.

“My son was the victim of this failed system,” she said. “His autopsy showed he died of acute pneumonia from the virus.

“His lungs were full of disease that developed over the 12 days he had been home.”

A disease Ben’s mother feels would have been diagnosed, treated and addressed had he been able to see a doctor and receive appropriate treatment.

“My husband and I are now writing our son’s obituary,” said the anguished mother. “This must not be tolerated.”

On Sunday, April 12, she was the guest of WWJ Radio’s Charlie Langton. The following comments are excerpts from that interview.

While nothing can bring her son back, Denise wants to help ensure that more people’s lives are not lost unnecessarily.

“The medical professionals need to be treating sick people before they are too sick to be treated,” she said. “And we need to be testing more people.”

She noted that neither she nor her husband have been tested for COVID-19.

“I believe we have the resources to do that,” she said, suggesting that visiting nurses in full personal protection equipment be sent out to people’s homes to test their vitals.

A plan for future

Moreover, Denise strongly believes that a comprehensive, multi-faceted plan needs to be put in place to deal with COVID-19 and other viruses in the future.

“We need to be ready and prepared for the next virus,” Denise said. “We did not treat this well and people have died unnecessarily.

“We all need to learn from this,” she said. “I can never get my son back, but other people’s children should never have to die like this.”