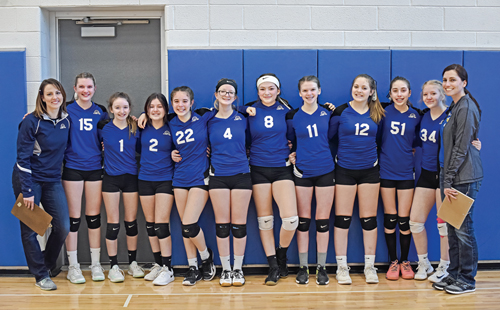 TRI-CITY AREA — The Almont 14U volleyball club team, which ironically includes a roster of players hailing exclusively from Imlay City, gave a good account of themselves at a season-ending tournament in March 7 in Holly.

The team concluded pool play with a 4-2 mark. That landed them an appearance in the gold bracket.

It was there the squad watched their tournament path draw to a close with a semifinal setback.

Their semifinal appearance capped a season which saw the team play in five tournaments, the first of which took place in January.

The lineup consists of sixth through eighth-graders.