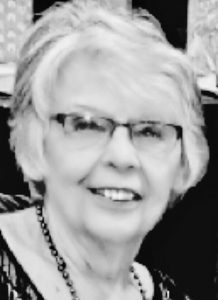 In celebration and appreciation of Diana’s life, her loved ones wish to acknowledge she was one of the kindest, sweetest, strongest, most loving and devoted souls who graced us in this life. Diana, whether a mother, grandmother, sister, niece, aunt, friend, or acquaintance, touched us all. We are sad, beyond words, to say goodbye to Diana, who touched us so deeply. Diana passed on March 25, 2020, from a sudden medical condition; she was 75 years old.

Born in Detroit, Michigan to parents Henry Joseph Czerepowicz and Doris Elizabeth Boussey, Diana began her life of passion and devotion to family and friends.

Most important to Diana was her family. Diana met her husband, who predeceased her, “Bill” (William) Wayne Stroman and they married on November 26th, 1963. From that beautiful spark, four children were born.

Diana knew she lived a full life as a wonderful mother, homemaker and worker as the office manager for the Imlay City Veterinary Clinic. She loved to bake, kept an immaculate house, was highly skilled with crochet hooks and enjoyed the power of storytelling via the written word.

Diana loved to share time with family and friends playing a spirited game of euchre or an intense game of trivial pursuit. She also loved to share her favorite songs through karaoke at family gatherings.

Diana led an exemplary life. She cherished every moment, acted with a kind heart, was always open without judgment, and accepting.

She will be dearly missed and forever in our hearts.

An open house celebrating Diana’s life will be held at a future date.

Please do not send flowers, as Diana would wish any contribution to be made to Common Ground at the address of Advancement and Donor Relations, Common Ground, 1410 S. Telegraph Road, Bloomfield Hills, MI 48302 to be used for people in crisis.