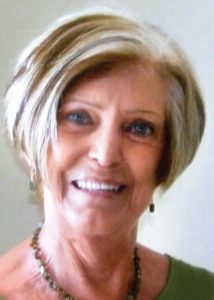 Carol Combs, 75, of Imlay City, MI died Sunday, March 29, 2020 at Suncrest Nursing Care (Lapeer County Medical Care Facility) of Lapeer, MI. Carol Ann Combs was born March 2, 1945 in Almont, MI. She was the daughter of the late Homer and the late Mildred (Dahn) Bogart. Carol grew up in Imlay City and was a graduate of Imlay City High School, Class of 1963. She married Wendell Douglas Combs on April 18, 1964 at Imlay City, MI.

As a young woman, Carol worked as a store clerk at the local drug stores. She attended Nursing School at St. Clair County Community College in Port Huron to become an LPN Nurse. She was employed by Verizon/General Telephone & Electric as a warehouse storekeeper for 30 years. When she was well, she liked to attend the North Goodland Baptist Church services. Carol enjoyed spending time with her family, shopping, making crafts and flower arrangements.

Please be sure to sign the online register book at muirbrothersfh.com to share your memories and condolences with the Combs family.

The Combs family would especially like to THANK the staff at Suncrest for taking such wonderful care of Carol.