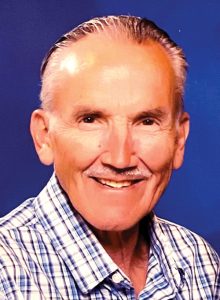 Thomas Sedlak, loving husband and father of two, passed on Monday, March 9, 2020, of natural causes at the age of 68.

Tom was born on November 25, 1951 in Detroit, MI, and was raised on Keppen Rd. in Allen Park with brother Bob, and sisters Mary, Patricia and Anne. On June 22, 1974 Tom married Susan Marie Demchik. Tom and Sue then moved and built their home in Almont, MI in 1979, where they raised two children, son Matthew, and daughter Kimberly.

Tom had a passion for living, and spent a lifetime touring the country with his family in their various recreational vehicles. Tom was a lover of sports throughout his life, and was an avid bowler at Thuderbowl Lanes in Allen Park growing up, and with his wife, Sue, at Pampa Lanes in Warren later in life. Tom was a kind and gentle man who never had anything bad to say about anyone and possessed the unique ability to find the good in everyone – he was a good man.

Thomas was preceded in death by his father, Matthew, and his mother, Caroline.

He is deeply missed and survived by his wife, Sue; two children, Kim and Matt, and their husband and wife Robert and Dayna; and several cousins, nieces and nephews.