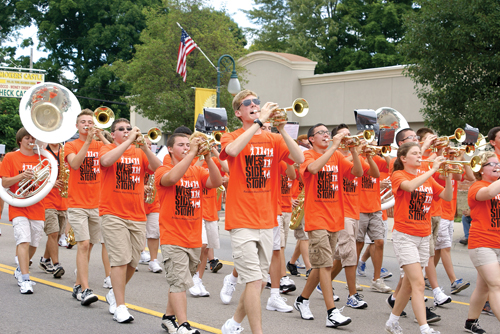 ALMONT — The Village of Almont is currently in planning mode in anticipation of the 2020 Homecoming celebration on Saturday, Aug. 8.

Connors said the one day event will feature a Homecoming Car Show along Centennial Street; a 5K run at the high school; Cutest Baby Contest; food and craft vendors; a fireworks display and live music in the refreshment tent at Almont Community Park, featuring the Family Tradition Band.

He said the Homecoming Committee is reaching out to potential Homecoming donors and sponsors, as well as to vendors.

“We’re still in the planning stages,” said Connors. “We are seeking donors, volunteers, vendors and community support for this traditional Almont event.”

Since 1909, the Village of Almont has celebrated a Homecoming every five years; the last event taking place in August of 2015.

Traditionally, Almont’s Homecoming has been an opportunity for residents and former residents to acknowledge the accomplishments and contributions of those who came before them.

Moreover, Almont Homecoming is an opportunity for the community to come together, reunite, and celebrate their shared heritage and history.

For those interested in Almont’s rich history, the Henry Stephens Memorial Library at 213 W. St. Clair St. has numerous historical photographs and documents in its collection in the Library’s Genealogical and Local History Room.

Another outstanding source for Almont-related historical information is the Almont Historical Society Museum, located on Main Street in downtown Almont.

Connors invites anyone interested in helping out with the 2020 Almont Homecoming to contact him at the Almont Village Offices at 810-798-8528.