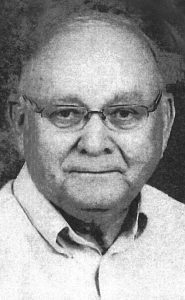 Celebrating the life of Gary Wayne Zick, 74, of Grand Forks, who died on Friday, December 20, 2019 surrounded by family at Altru Hospital in Grand Forks after complications with heart disease and diabetes.

Gary was born May 25, 1945, in Fargo, ND, the son of Fred and Grace (Barfuss) Zick. He grew up in West Fargo, ND and graduated from high school in 1963. He attended Valley City State College where he earned a Bachelor’s Degree in Education in 1967. He played football in high school and college and was inducted into the VCSU Hall of Fame with his teammates.

He married Roberta Holmly on July 27, 1969 in Mohall, ND. They recently celebrated their 50th wedding
anniversary with
family.

Gary taught and coached in Almont, MI and Edgeley, ND. In 1972, they moved to Grand Forks where Gary began working as a salesman for Cole Papers. He continued to work for Cole Papers for 41 years before retiring in 2014.

He enjoyed fishing and spending time in his boat. He made numerous trips to Lake of the Woods. His other hobbies included hunting, snowmobiling and racquetball. Gary was a fan of UND sports, sprint car racing, NASCAR, and the Minnesota Twins and Vikings.

Over the years, he was great at calling friends and family to keep in touch. We will miss his many phone calls!

He was preceded in death by his parents.

Memorial donations may be made to Calvary Lutheran Church, Grand Forks, North Dakota.