Armstrong appointed to the bench

Armstrong will officially transition from her job as senior assistant prosecuting attorney with the St. Clair County Prosecutor’s Office to the 72nd District bench on Friday, March 13. 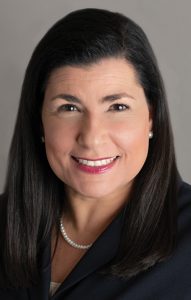 Whitmer, in a press release, said Armstrong is a well-respected professional who will ensure everyone is treated fairly in her courtroom.

“I am humbled and honored to receive this appointment to serve as a judge of the 72nd District Court,” Armstrong said.

“Throughout my career, I have remained committed to the pursuit of justice in St. Clair County, to improving our community, and to helping families. I am eager to continue that commitment to public service in this incredibly important position in the District Court. I pledge to administrate the principles of justice fairly, with uncompromising integrity, and to serve in a manner consistent with the trust placed in me.”

She’s served as an assistant prosecutor in St. Clair County for nearly 25 years where she’s handled homicide and other high-profile cases.

According to a press release from the governor’s office, Armstrong also previously served as adjunct faculty in the Criminal Justice Department at St. Clair County Community College and as a research attorney for the 31st Circuit Court.

She currently chairs the McLaren Port Huron Hospital Board of Trustees and is a member of the Prosecuting Attorneys Association of Michigan and the St. Clair County Community Foundation. Armstrong holds a Bachelor of Arts in Political Science and Pre-Law from Michigan State University and she earned her Juris Doctor degree from the Wayne State University Law School. She resides in in Fort Gratiot Township with her husband Todd and their two children.

The partial term Armstrong was appointed to concludes January 1, 2021 but she’s able to seek a full six-year term if she files to put her name on the 2020 ballot.

Incumbent judges have until March 21 to file the necessary paperwork to seek re-election and challengers must file to put their names on the ballot by April 21.

Since Platzer stepped down, the
county’s other
district judges—
John Monaghan and Michael Hulewicz—have been handling what was left of the now-retired judge’s docket, said Mike McMillan, St. Clair County’s Court Administrator.