With the outcome, Almont improves to 11-7 overall. Dryden slips top 13-5 this season.

In Tuesday’s confrontation, Almont spotted Dryden a 15-10 advantage after one quarter was over with.

Quarter two saw Almont bounce back with a 15-6 second quarter edge, good for a 25-21 lead at the halftime break.

When the action resumed, Almont padded their cushion some. Aided by a 14-10 third quarter advantage, the Raiders went up 39-31 with 24 minutes gone. 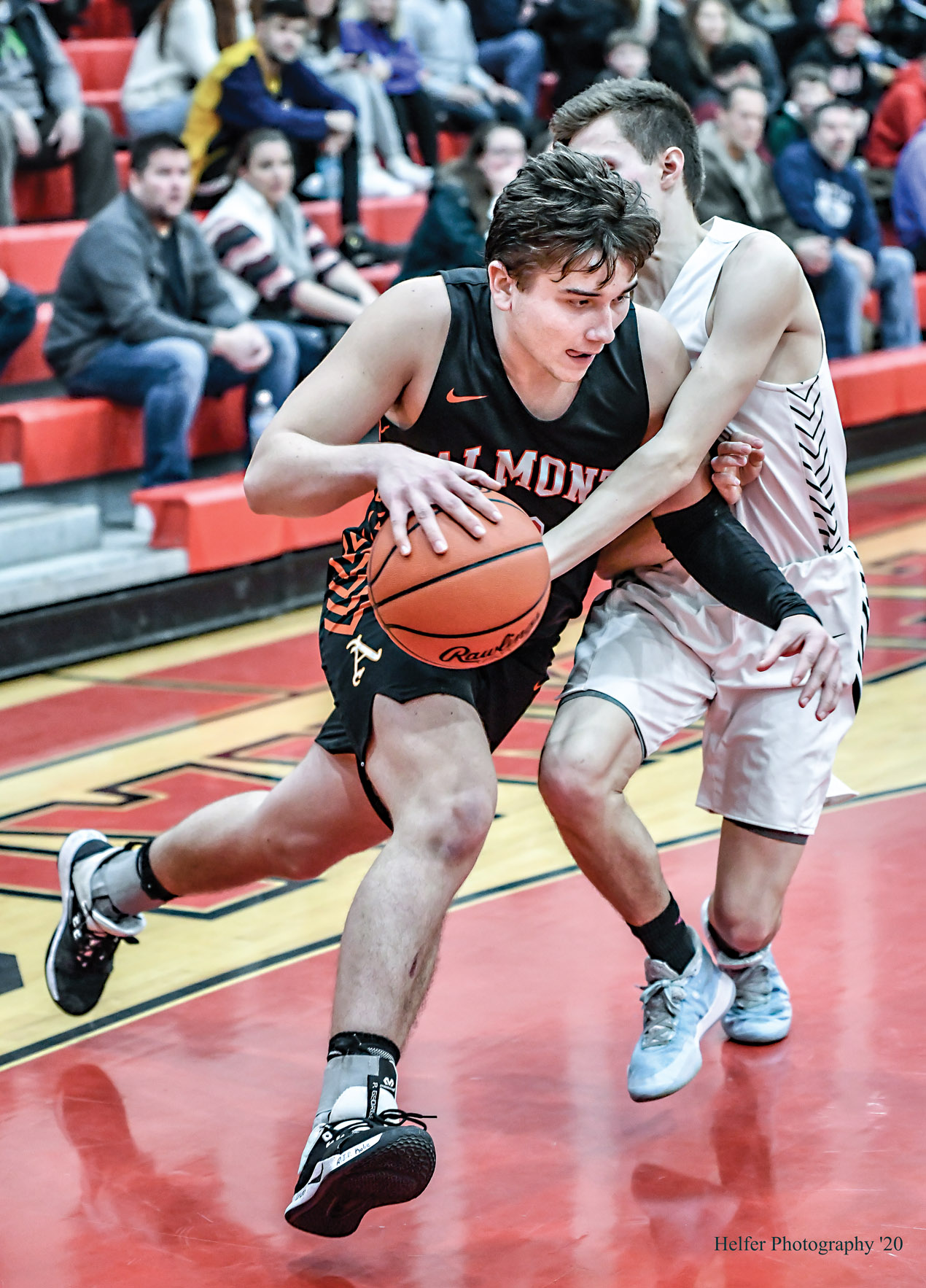 Almont’s Gabe Bourdeau drives to the basket during his team’s non-league game with Dryden last week. Photo by Helfer Photography

Joey Savel (13, including three trifectas), Colby Schapman (11) and Scott Pape (10, featuring a pair of treys) led Almont with double figure point totals. They were given assistance in the scoring department by Gabe Bourdeau (nine points, with a triple), Jacob Rayl (seven), Brett Wrobel (five) along with Blake Cody and Brenden Haldeman (two each).