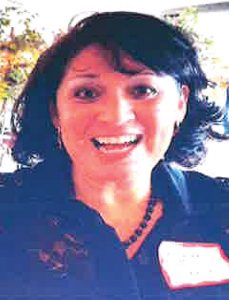 Teresa was preceded in death by her brother, Ruben Palacios.

Teresa attended Michigan State University and joined the Army Reserves. While she was in Army medical training, she married Thomas Ferguson and later gave birth to Thomas Ferguson II. Teresa divorced and later married Jay Gilbert to whom she was married for twenty-two years at the time of her passing.

Teresa’s career as a Medical Technologist and Infection Preventionist took her to several Army and VA hospitals, including the Ann Arbor VA Hospital where she was the lead microbiologist. While working, she earned her B.S. degree in Medical Studies. Teresa later worked at the Womack Army Medical Center as the Chief of Infection Prevention and set a record, becoming board certified in Infection Prevention only six months after starting her job, a certification that typically takes many years to achieve.

Teresa discovered a new strain of resistant bacteria and coordinated with the Centers for Disease Control to contain it. She was awarded the 2016 Public Servant of the Year for reporting negligent health care of soldiers and her story as a government whistleblower can be read by googling NY Times/ Teresa Gilbert.

In lieu of flowers, please make donations in Teresa’s name to the
Carolina Animal Rescue and Adoption in Sanford, NC.