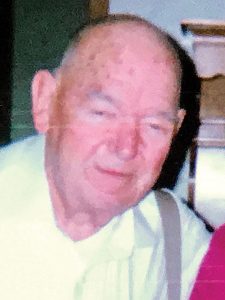 Mr. Anderson worked in a foundry most of his career, specifically some time for Champion Bus. He was very mechanical and could fix just about anything. James was a positive man; he had a big heart, ready and willing to help, was hardly ever cross, could brighten up any room and was generally humorous or telling a joke. Above all else, he was a loving man who had a special place in his heart for family, especially his grandchildren.

He was preceded in death by siblings, Thelma Vanderford, Lavern Anderson, Lois Whitis, Janice Spens and his parents.

Memories and condolences may be left at MuirBrothersLapeer.com.