In Tuesday’s confrontation, Imlay City grabbed a 15-10 edge after one quarter was done.

Quarter two saw Imlay City net 16 points as did Almont, leaving the former up 31-26 at the half.

When the action resumed, Almont bounced back with a 14-13 third quarter edge. That trimmed their deficit to 44-40 with 24 minutes gone. 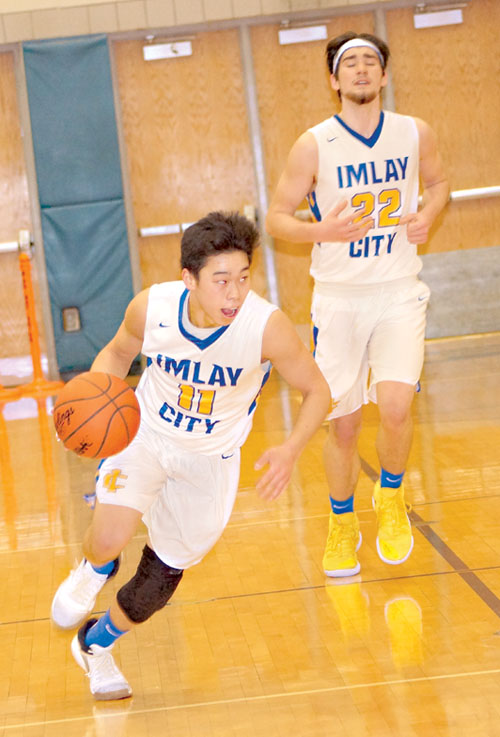 Imlay City’s Raymond Liu pushes the ball up the floor during a game at home this past week.Almont then put together an 11-10 fourth quarter rally, only to fall 54-51 at night’s end.

Parker Lewis generated 17 points, including a trifecta, to lead Imlay City. Will Tolley (10 points) hit for double figures as well. The Spartans also had Hunter Medrano (eight points), Zack Dingwell (six, featuring a pair of treys), Riley Bertram (five, with a triple), Andrew Badder and Raymond Liu (a trifecta each) along with Chris Cezik (two).