IMLAY CITY — The first series of Imlay City Schools 2020 bonds have been sold and the district is exceedingly pleased with the outcome.

At Monday’s board meeting, district leaders and their financial advisors announced that lower than expected interest rates means Imlay City Schools will pay $8.5 million less than expected for bond projects. Voters approved a $36 million bond proposal in November 2019. At that time, the proposal factored in interest rates of 4.33 percent but at the time of sale, the rate amounted to 2.25 percent. 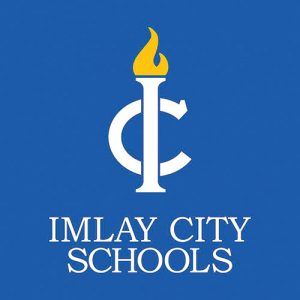 The bond’s millage rate is now estimated to be 4.5 mills versus the original 5.3 mills.

“Because the district was able to secure these historically low municipal bond rates, the taxpayers of the district will pay $3 million less in interest and $5.5 million less in principal payments,” the district said in a press release.
Supt. Stu Cameron admitted to the board “there was some luck involved” but said he felt the news could be considered “one more feather in the cap of the board.”

The original anticipated millage rate projected for the life of the 20 year bond was 5.3 mills. Due to the lower rate that was secured, the actual millage rate will be 4.5 mills with a 19 year repayment term.

“Given the extremely low and somewhat unexpected interest rate we secured, we’re able to come back to the community not only with a significantly lower average millage rate, but the news that we have been able to save voters a huge sum of money over the life of the bond—$8.5 million,” said board Vice President Greg Dennis.

Cameron noted that the district’s original plans called for issuing bonds in two series for building and site work, with a third series dedicated for technology, but they opted to seek just one series for building projects in anticipation of the low interest rates.

The district will use the $30.47 million in series one bond funds to make various building and parking lot repairs, purchase new buses, add six classrooms to Weston Elementary School and build a performing arts center at the High School.

Weather-permitting, school officials and representatives were due to visit performing arts centers in the Freeland and Holly school districts as part of the design and planning process for their own new facility.