Imlay sends four on to regionals 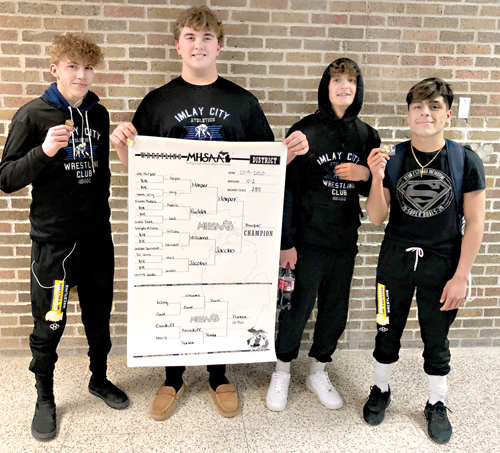 IMLAY CITY — The Imlay City wrestling team will send on four wrestlers to this Saturday’s Division 2 individual regional in Gaylord.

They advanced with top-four weight class showings at a Fenton-based district last Saturday.

Dakota Sandzik, Cristian Rojas and Anthony D’Ambrosio added thirds to Imlay City’s cause. Sandzik wrapped up his run at 119 pounds with a pin against North Branch’s Sam Boudreau with 1:19 gone; Rojas completed 125-pound action with a 6-0 victory over Marysville’s Kanon Grace; and D’Ambrosio finished his run at 130 pounds with a 13-6 triumph against St. Clair’s Donny Bacon.