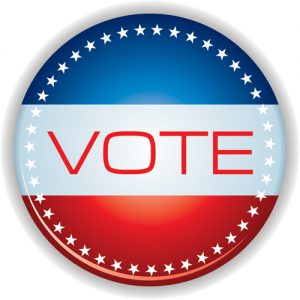 TRI-CITY AREA — The 2020 election year officially kicks off next month when Michigan hosts their Presidential Primary on March 10.
This coming Monday, Feb. 24, is the last day to register to vote, other than in-person, with your local municipal clerk. Thanks to new state laws, prospective voters can register in-person up to and including election day, March 10.
In the days preceding the election, some local clerks will host office hours on Saturday, March 7, to service residents seeking to register to vote or obtain an absentee ballot.
The city of Imlay City, Almont Township and Goodland Township offices will be open the Saturday preceding the election from 8 a.m. to 4 p.m.; Arcadia Township’s hours that day will be 7 a.m. to 3 p.m. and Attica, Dryden and Imlay townships will be open to help residents from 9 a.m. to 5 p.m.
Voters can obtain an absentee ballot via mail until March 6 and in person at their clerk’s office until March 9. Those who register to vote on election day can receive and complete an absent voter ballot that day or vote in person.
• • • • •
The March 10 ballot will feature 15 Democrats and four Republicans. Among the names are some candidates who have officially withdrawn from the race since mid-December when Michigan’s ballot was finalized.
In the Tri-City area there are no local proposals or candidate races for next month’s election.
• • • • •
It’s likely that the August primary and November general election ballots will have more contests to decide.
Soon, candidates will need to start meeting filing deadlines and then a clearer picture will form as to how many races and candidates there will be.
Incumbent judges seeking re-election need to file their necessary paperwork by March 23 while other candidates for judgeships have until April 21 to put their names on the August ballot.
Candidates for partisan and non-partisan offices must file by April 21 to appear on the August ballot as well. Included in that group are candidates seeking election to Congress.
Those seeking a school board seat or village seat or those with no political party affiliation seeking a partisan office have until July to file.
Petitions to place county and local proposals on the August ballot must be filed with local clerks by April 28. The filing deadline is July 28 for November-bound questions.