Capac earns a spot for four in regionals 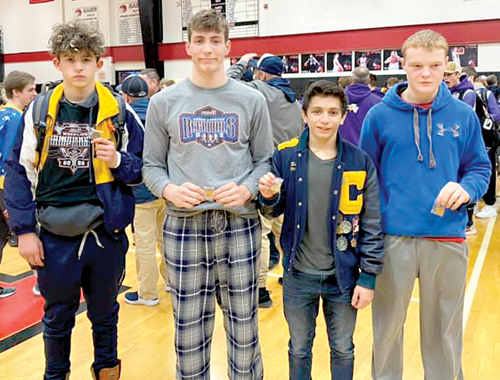 Max Frangedakis led Capac that day. Frangedakis reached the title match at 103 pounds where he dropped a 7-2 verdict to Yale’s Easton Moran.

Derek Mason and Hunter Tyson added fourths to Capac’s cause. The former finished 130-pound action with a 3-0 setback to Birch Run’s Kahleel Brown, while the latter wrapped up his stint at 145 pounds with a 13-2 loss to Caro’s Tom Waggoner.