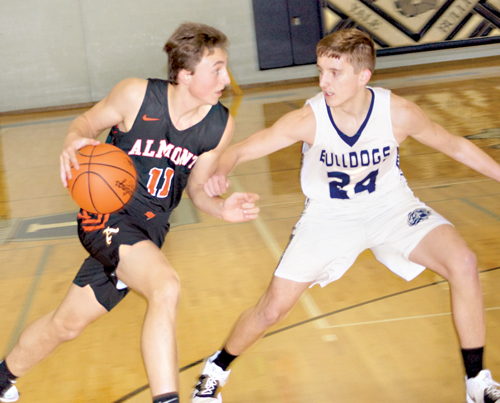 Almont’s Jacob Rayl drives to the basket during a BWAC clash
versus Yale last Thursday.

When the action resumed, Yale bounced back with a 26-22 second half edge. That made it 42-42 at the end of regulation play.

Almont then outscored Yale 13-7 the rest of the way, celebrating a 55-49 victory at night’s end.