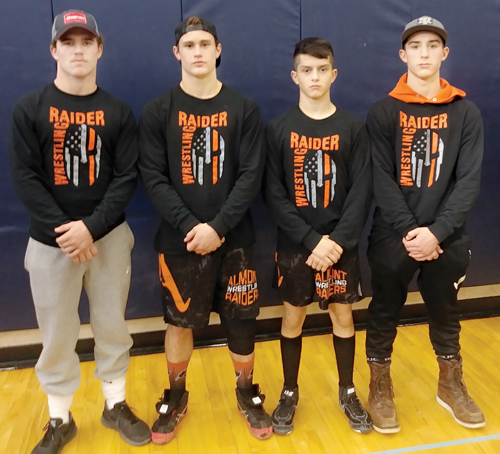 ALMONT — Almont qualified four of its wrestlers to this Saturday’s Division 3 individual regional in Yale.

They moved on with top-four weight class performances at a Richmond-based district last Saturday.

Dallas Stanton earned the top Almont showing. Stanton gained admittance to the championship bout at 103 pounds where he posted an 8-6 win against Richmond’s Noah Harris.

Aiden Finn and Mathew Dwyer gave Almont seconds. Finn wrapped up 125-pound action when he was pinned by Clarenceville’s Nick Puheganos with 5:09 gone, while Dwyer reached the title bout at 140 pounds where he dropped a narrow 1-0 verdict to Algonac’s Jake Kasner.

Lane Jackson was the other Almont grappler who placed, obtaining a third. Jackson closed out his day on the mats by pinning Richmond’s Gavin Resk with 28 seconds gone.