Stanton garners a third at states 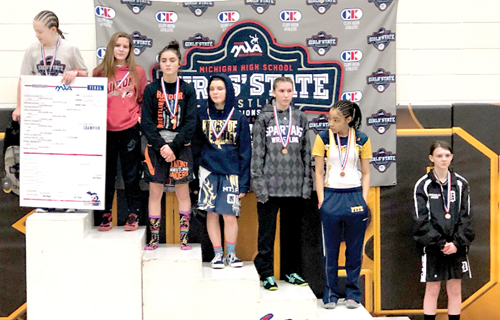 Adrian College is the action unfolded.

Competing in the 97-pound weight class, Stanton began her successful tournament run against Mancelona’s Kayden Coltson. The quarterfinal clash saw her prevail via a pin with 1:01 gone.

She then went up against Saline’s Emme Hicks next. That battled drew to a close with Hicks, the eventual champion, pulling out a 9-8 victory.

Stanton faced Mount Pleasant’s Makenzie Burger for third place honors next. Their clash ended with Stanton up by a 19-3 scoreboard count.