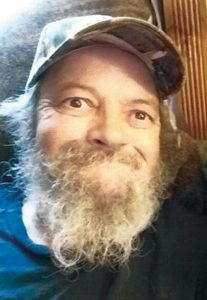 Kevin Deaton, 54, of Brown City, passed away on February 2, 2020, at Ascension Providence Rochester Hospital with his family at his side. Kevin was born on August 21, 1965 in Pontiac, MI, the son of William and Norma Jean (Cooper) Deaton. Kevin grew up in the Almont/Dryden area. On October 26, 1996, Kevin married the love of his life, Denise Smith, at the family home in North Branch, MI.

Kevin worked for Boddy Construction building roads around Michigan. When he wasn’t working, Kevin spent his time fishing, hunting and working on cars. Kevin was a family guy and enjoyed family game night.

In lieu of flowers, memorials may be directed to Blackburn Chapel-Martin Funeral Home.

Visitation for Kevin will be on Saturday, February 8, 2020, 11 a.m. – 2 p.m. at Blackburn Chapel-Martin Funeral Home. Funeral service will follow at 2 p.m. with Pastor Joseph Schierlinger officiating.