IMLAY CITY — There have still been no charges filed in the tragic death of Craig “Earl” Wagner; and his family members want to know why. 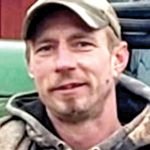 Wagner, 38, died on Sept. 12, 2019, in what was initially described as a “trench cave-in” while working in tandem with a heavy equipment operator in the 4000 block of the Imlay Place Condominiums.

Imlay City police, firefighters, and DPW workers responded at around 1 p.m. and attempted to dig the victim out using their hands.

Once extricated, it was visually evident that Wagner had sustained a severe head trauma and he was pronounced deceased at the scene by a medical examiner.

About three weeks later, an investigation revealed that new evidence suggested that Wagner had died not from a trench cave-in, but rather from being struck on the head by excavating equipment.

On Oct. 1, 2019, Imlay City Police Chief Scott Pike issued a press release citing the results of an autopsy conducted by Dr. Kanubhai Virani of Oakland County, who opined that Wagner’s injuries “could not have been sustained by the collapse of falling dirt,” and that he was “deceased prior to being buried.”

Based on those results and information gathered from his own department’s investigation, Chief Pike requested that a criminal murder warrant be granted to charge the equipment operator.

However, On Oct. 3, 2019, Sharkey said he wanted to be provided further evidence of guilt before granting a request for a murder warrant.

At the time, Sharkey said he did not yet have all the relevant facts and sufficient evidence to charge the equipment operator, nor did he wish to “rush to judgment.”

In the nearly five months that have elapsed since Wagner’s death, Sharkey’s stance appeared not to have wavered.

The following excerpts are taken from Tamara Jurn’s petition, which is currently being circulated online. The family plans to submit the petition to Michigan Senator Debbie Stabenow.

“Later findings concluded that Craig was hit in the head by heavy equipment then buried to cover it up, based on coroner’s report,” Jurn said. “His skull was fragmented and his lungs had no dirt in them.

“Craig told me in weeks prior to his death, he was afraid something like this would happen,” she continued. “He said his co-worker should not be running the equipment and didn’t believe he knew what he was doing. Craig feared for his safety. I’m demanding Mike Sharkey do his job and prosecute the man who killed my son.”

In response to Jurn’s petition, Chief Pike offered the best information he currently has related to Wagner’s death and possible criminal charges against the equipment operator.

That individual’s name has not been released to the public pending the issuance of charges.

“A criminal case depends not upon what we know,” said Pike, “but what we can prove. At this time, the majority of information and evidence we have is circumstantial.

“We are in fact waiting on a report from Michigan State Police forensic laboratory in regards to the (victim’s) clothes we have submitted,” he said. “We were informed that they are doing much more extensive investigation.”

Pike hopes that information will become available within the next few weeks.

“In defense of the prosecutor’s office, we don’t want to move forward with this case until we have exhausted every possible investigative avenue,” Pike said. “In the end, it will be up to the prosecutor’s office to determine if we have been able to provide the information needed for a successful prosecution.”

On Thursday (Jan. 30), Lapeer County Prosecutor Mike Sharkey reported that he has had recent communication with members of Wagner’s family; advising them of the status of the ongoing investigation and his reasons for proceeding cautiously with possible charges against the equipment operator.

“A prosecuting attorneys, client is, strictly speaking, the People of the State of Michigan, and not the individual victim(s),” Sharkey said.

“I believe that a prosecutor nonetheless owes a duty to victim(s), whose rights are protected under the Michigan Constitution, which means keeping them informed of all proceedings.

“Accordingly,” said Sharkey, “I have personally met with Craig Earl Wagner Jr.’s surviving spouse, Jaclyn Rae Wagner, as recently as January 29, 2020, and in December (2019), I met with Wagner’s sister.

“I expressed my sincere condolences regarding their tragic loss and explained that the police investigation was not yet complete.

“Specifically, I informed them that the Michigan State Police is still conducting a forensic ‘bloodstain pattern analysis’ and interviewing witnesses,” Sharkey continued. “I further informed them I had been instructed that the MSP report would be provided to me shortly.” Sharkey added that in December, he had written a letter to Wagner’s mother, Tamara Lee Jurn, explaining to her the exact same thing.

“Contrary to any circulating rumors that the Prosecuting Attorney’s Office is delaying a decision to charge the excavator operator with the crime of murder. To be fair to all concerned, I am not able to make any decision in this matter until I am able to thoroughly review all reports; particularly such a significant forensic analysis report by the Michigan State Police.