With the decision, Dryden moves to 9-3 overall and 5-2 as far as conference play is concerned. 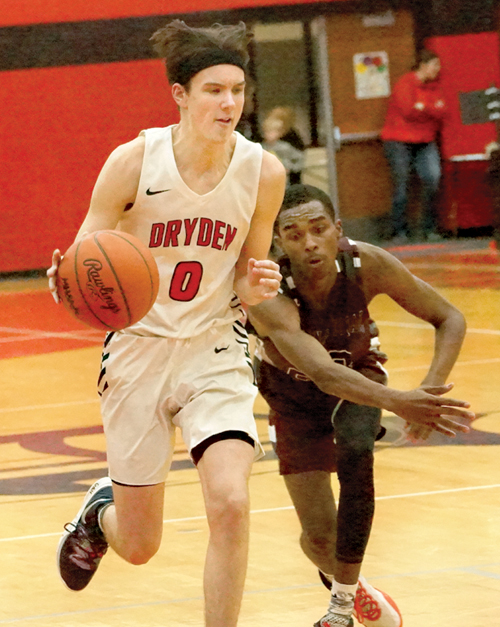 Dryden’s Coulter Waite shields the ball from an IAF opponent during last Friday’s contest at home.

In Friday’s battle, Dryden took a 12-9 edge after one quarter was over with.

Quarter two saw Dryden net eight points and as did International Academy of Flint, good for a 20-17 lead at the halftime break.

When the action resumed, Dryden struck with a 14-6 edge. That increased their cushion to 34-23 with 24 minutes gone.

Dryden then outscored International Academy of Flint 15-11 the rest of the way, good for a 49-34 triumph at night’s end.