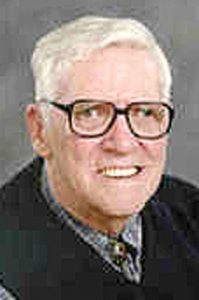 He was born April 30, 1928 in North Branch, MI, son of Gregory T. and Gertrude C. (Robinet) Bauer. Bob married Gertrude Elenora Crittenden on October 7, 1946 in Ohio and they were married for 59 years. He worked as a manager for Lapeer State Game Area (DNR). Bob was a member of St. Mary’s Burnside Catholic Church. He was an avid Detroit Tigers fan and rock collector. Bob loved World War II airplanes, western movies, antique shopping, hunting and going to the cabin up north.

Cremation services have been entrusted to Marsh Funeral Chapel, Marlette. A Memorial Mass will be held at a later date.

Memorial Contributions may be made to United Hospice Service of Marlette Regional Hospital.

You may share an online condolence with the family at www.marshfuneral.com.