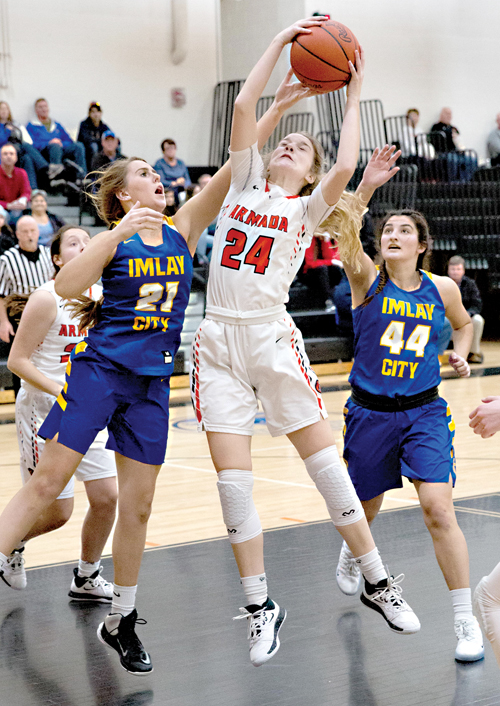 In Friday’s battle, Imlay City forged a 10-5 lead after one quarter was done and widened the gap to 22-15 at the half.

Armada then put together a 16-4 fourth quarter rally, only to fall 42-35 when the clock zeroed out for the last time.