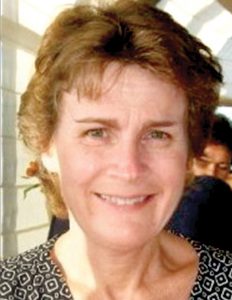 Janet Olsen, age 65, of Attica, MI died Tuesday, January 14, 2020 at Select Specialty Hospital of Flint, MI. Janet Lee Godbey was born December 10, 1954 in Anderson, IN. She was the daughter of the late George and the late Sarah (Leavelle) Godbey. Janet grew up in Indiana and later moved to Michigan. She was a graduate of Pendleton Heights High School in Indiana. Janet continued her education at Ball State University. She married Philip Michael McKinney on March 14, 2009 in Capac, MI.

She was employed as an Executive Secretary by General Motors in Auburn Hills, MI. Janet also worked as a secretary for St. John’s Lutheran Church in Capac, MI.

She is survived by her husband, Philip McKinney; her daughter, Michelle (Doug) Delecki of Davison, MI; her son, Matthew McKinney of Toledo, OH; grandson, Brady Delecki; and her special cousin, Judy Wihebrink.

Janet was preceded in death by her parents, George and Sarah Godbey.

Arrangements were made by Muir Brothers Funeral Home of Imlay City.