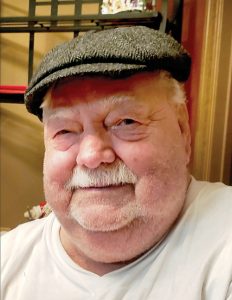 David Klouse, 73, of Metamora (formerly of Almont and Shelby Township), MI died Wednesday, January 15, 2020 at William Beaumont Hospital of Troy, MI. David Lee Klouse was born October 30, 1946 in Saginaw, MI. He was the son of the late August and the late Betty Lou (Sutherby) Klouse. David grew up in Rochester, MI. He was a graduate of Rochester High School, Class of 1965.

David was a member of the Imlay City Eagles and the Oscoda Eagles. He enjoyed hunting, fishing and dancing.

David was preceded in death by his parents, August and Betty Lou Klouse; and his sister, Catherine Hartman.

Funeral arrangements were made by Muir Brothers Funeral Home of Imlay City.