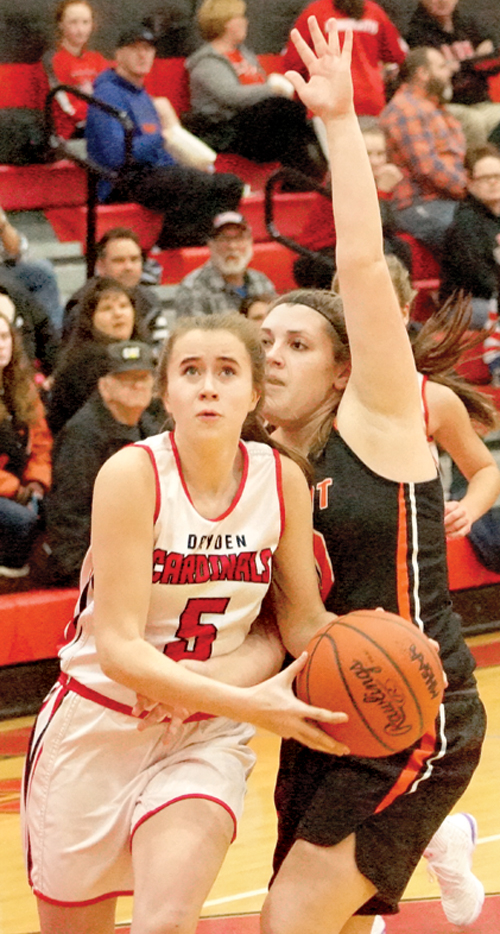 Alexis Schuhrke, of Dryden, drives to the hoop under pressure from an Almont foe last week.