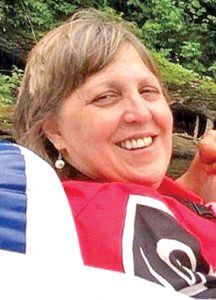 Constance “Connie” Bleher, age 61, of Imlay City, MI died Monday, January 6, 2020 at McLaren Lapeer Region Hospital of Lapeer, MI. Constance Mary Bleher was born December 17, 1958. She was the daughter of the late William and Ellen (Swabeck) Bleher. Connie grew up in Redford, MI. She was a graduate of Redford Union High School, Class of 1977. She furthered her education at the Center for Creative Studies in Detroit, MI where she earned her Bachelor’s degree in Art & Design. Connie went on to receive her Master degree in Graphic Design from Michigan State University. She married Perry Scott Ortwein July 20, 2012 in Fraser, MI.
She was employed by St. John’s Hospital and Blue Cross Blue Shield in Detroit, MI as a Graphic Designer before retiring.
Connie is survived by her husband, Perry Scott Ortwein; her mother, Ellen Bleher; and her sister, Kathleen Robison of Saline, MI.
She was preceded in death by her father; and her sister, Marilyn Zasuwa.
Cremation has taken place. A memorial is being planned for a later date.
Arrangements were made by Muir Brothers Funeral Home, 225 N. Main Street, Imlay City, MI. Please be sure to sign the online register at muirbrothersfh.com to share condolences and memories.