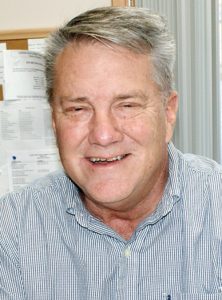 The City of Imlay City is looking forward to an exciting and productive 2020! With many projects at different stages at this time, the City will be looking to complete some much needed projects, start some much needed new projects and plan for future projects.

The City is looking forward to completion of our new Fire Hall located on East Borland Road behind Taco Bell. Construction of this much needed facility began last summer and we are looking forward toward completion in early 2020. Once completed, the City will be outfitting the new Fire Hall with office furniture and new computers. We look forward to a ribbon cutting ceremony sometime in mid to late winter.

Another project that is near completion is the Angela’s House Assisted Living Facility located on South Almont Avenue. The City worked with the developer to bring utilities to the 40 unit site which is very close to completion. The approximately $3,000,000 investment in the City is much appreciated and will bring new tax dollars, additional utility revenue and much needed jobs to our City. A grand opening should take place in early 2020.

An exciting project the City has been working on for over a year is the proposed construction of a new Splash Pad. This facility is planned to be located adjacent to the City’s Pool facility and will include up to 17 water features. The City has received a $150,000 DNR Recreation Passport grant to help cover the cost. Some design engineering has been completed and we anticipate going out for bid this winter and starting construction after Labor Day weekend.

The City has taken preliminary planning steps for the repurposing of our existing Fire Hall. The City is looking to convert this facility into a year-round Farmers Market with some minor redesign of the existing building. Also, the preliminary plan would be to extend an outdoor canopy to the south of the building which would accommodate up to 16 vendors to go with the planned 16 vendors inside the building for a total of 32 vendors. Completion of this project would create one of the larger Farmer’s Market facilities in the Thumb.

Also, a major infrastructure project is in the works for 2020. The City has hired Spicer Group engineers to begin survey work and design engineering for the replacement of a large sanitary sewer main which runs along M-53 from Fourth Street all the way to the City’s Wastewater Treatment Plant. In addition, the City plans to upgrade pumps and controls in the Newark Road Lift Station and also a complete infrastructure replacement project on Fourth Street from M-53 west to Main Street. The total estimated cost for this major infrastructure project is $2.2 million dollars. The City is in the process of applying for a $ 1,700,000 Community Development Block Grant for this project. If successful in this grant application, the City would begin construction this coming summer.

Finally, the biggest event in Imlay City in a generation will the celebration of the City’s Sesquicentennial (150th anniversary) to be held August 7-9, 2020.

The Sesquicentennial Committee has been meeting and working diligently on plans for a terrific celebration this summer. Fireworks, musical entertainment, a beverage tent, food vendors and the largest parade the City has ever held, are just some of the events that are lined up. Mark your calendars now for this exceptional weekend of entertainment.

As you can see, the City is keeping busy and committed to improving our community. We do so while continuing to maintain a very healthy fund balance and insuring Imlay City’s financial well-being well into the future.